BIEMOND NURSERIES IS COMMITTED TO PROVIDING BEAUTIFUL INDOOR PLANTS, WE PRIDE OURSELVES ON A SPIRIT OF EXCELLENCE IN EVERYTHING WE DO

Biemond Nurseries is NIASA Accredited and part of the Nursery & Garden Industry of Victoria. We are also ECOHORT Certified highlighting our commitment to continuous improvement with minimal impact on the environment. In recent times we have had many articles in industry publications, this is because of our new and fresh approach to “doing nursery”.

We work with several transport companies to deliver weekly to all areas in Vic, SA, ACT and NSW and supply to Tas and QLD slightly less frequently. Please contact our friendly staff to find out when our transport partners are delivering to your area.

Biemond Nurseries was established in 1985 by Bill and Marion Biemond.

As a teenager, Bill studied horticulture and participated in a grower exchange program, where he travelled to the United States. He then worked in various nurseries in Holland. In this time he learned from some of the best growers and plant breeders in the world. Bill took this experience to Australia and settled in the Yarra Valley and started growing.

Bill’s passion for growing plants has been passed on to his son Steve, who took over the business in 2015, bringing the next generation into this family business. Steve added an additional site to the business, doubling the growing area.

At the end of 2019 a third site has doubled the growing space again to approximately 25,000m². 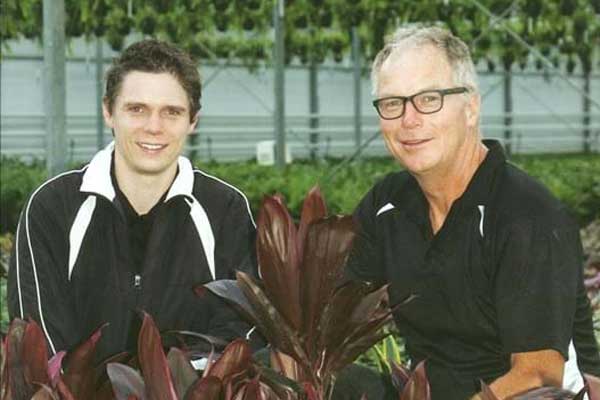